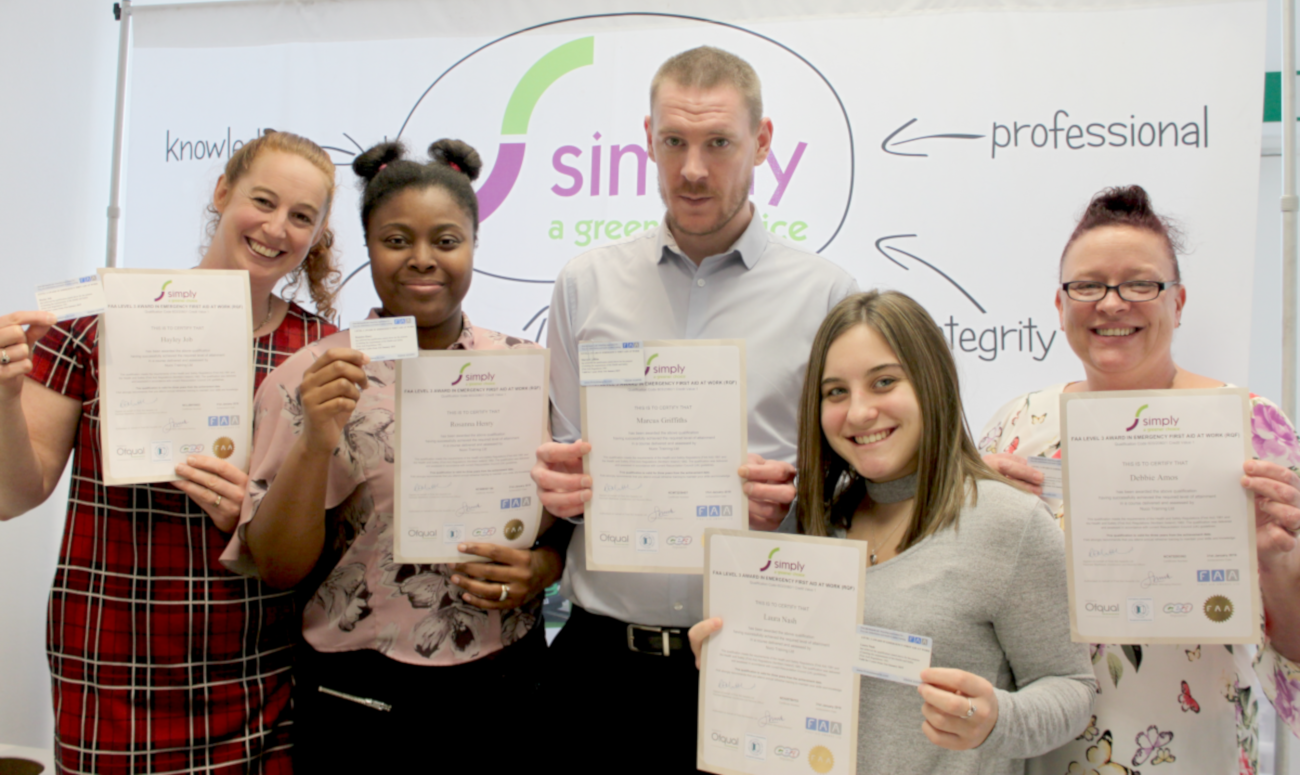 We are pleased to announce that our Simply Waste Academy has made headway with a new company prime objective. We have started delivering inhouse Level 3 Emergency First Aid at work courses to all frontline staff and operatives. END_OF_DOCUMENT_TOKEN_TO_BE_REPLACED 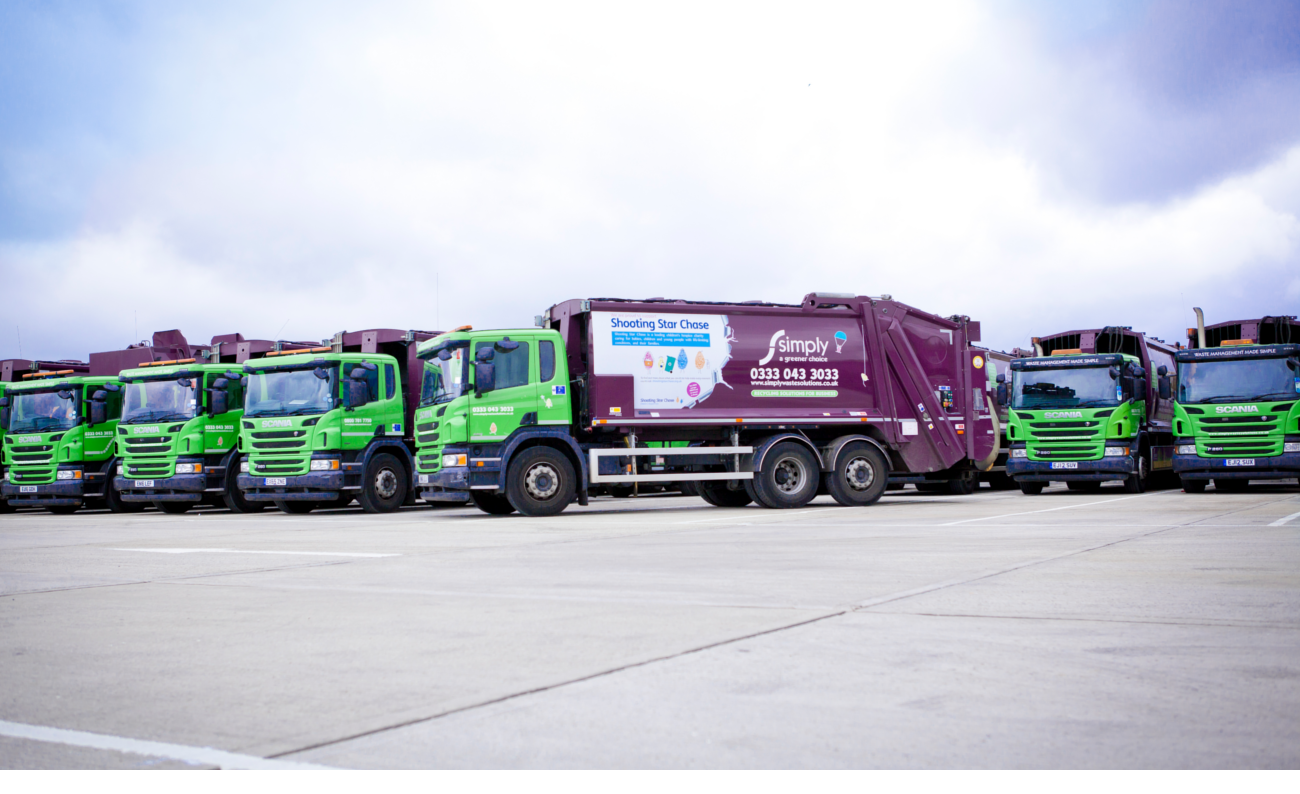 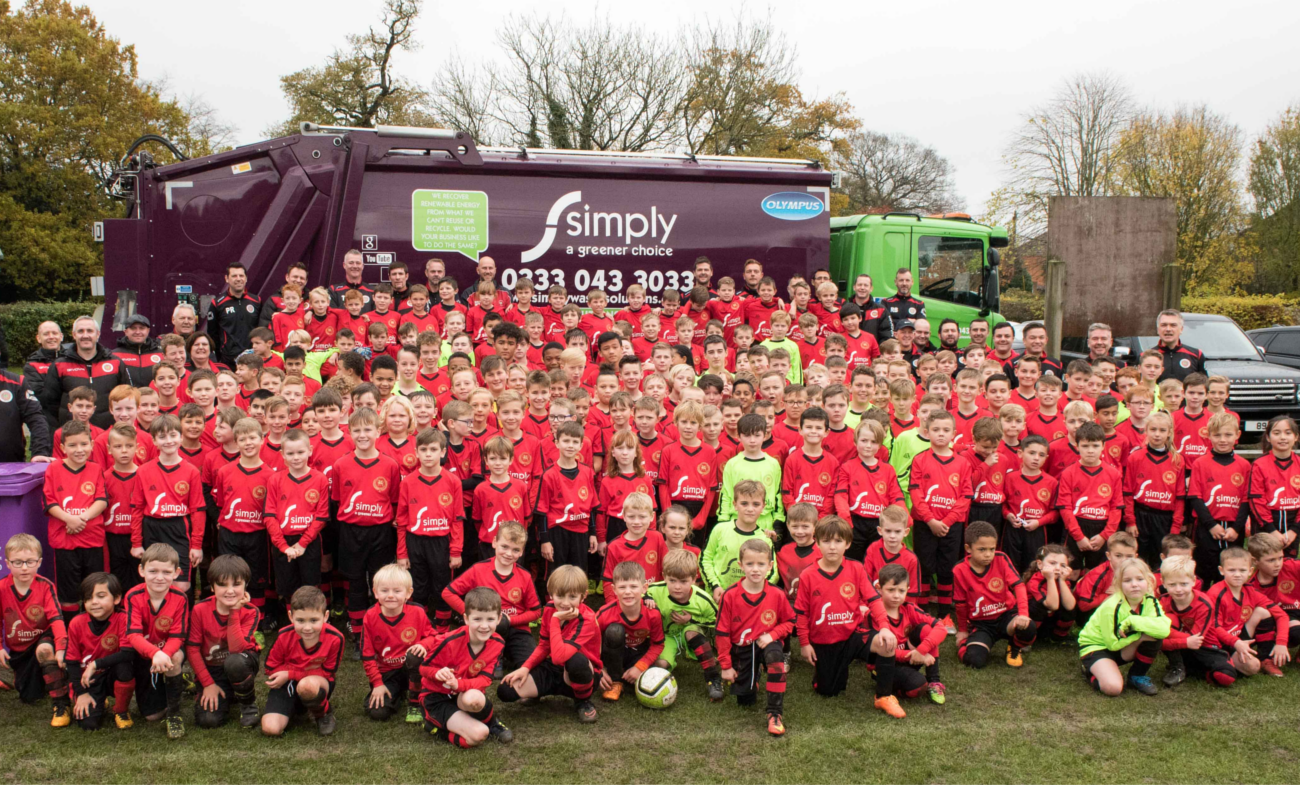 Simply Waste Solutions are delighted to announce that we are kit sponsors of Flackwell Heath Minors Football Club. We’re proud to sponsor a local team and we’ve sponsored all teams from the under 6’s to under 16’s, they will continue to wear their traditional red colour shirt with our company logo and their special 50 years commemorative gold embossed logo. END_OF_DOCUMENT_TOKEN_TO_BE_REPLACED 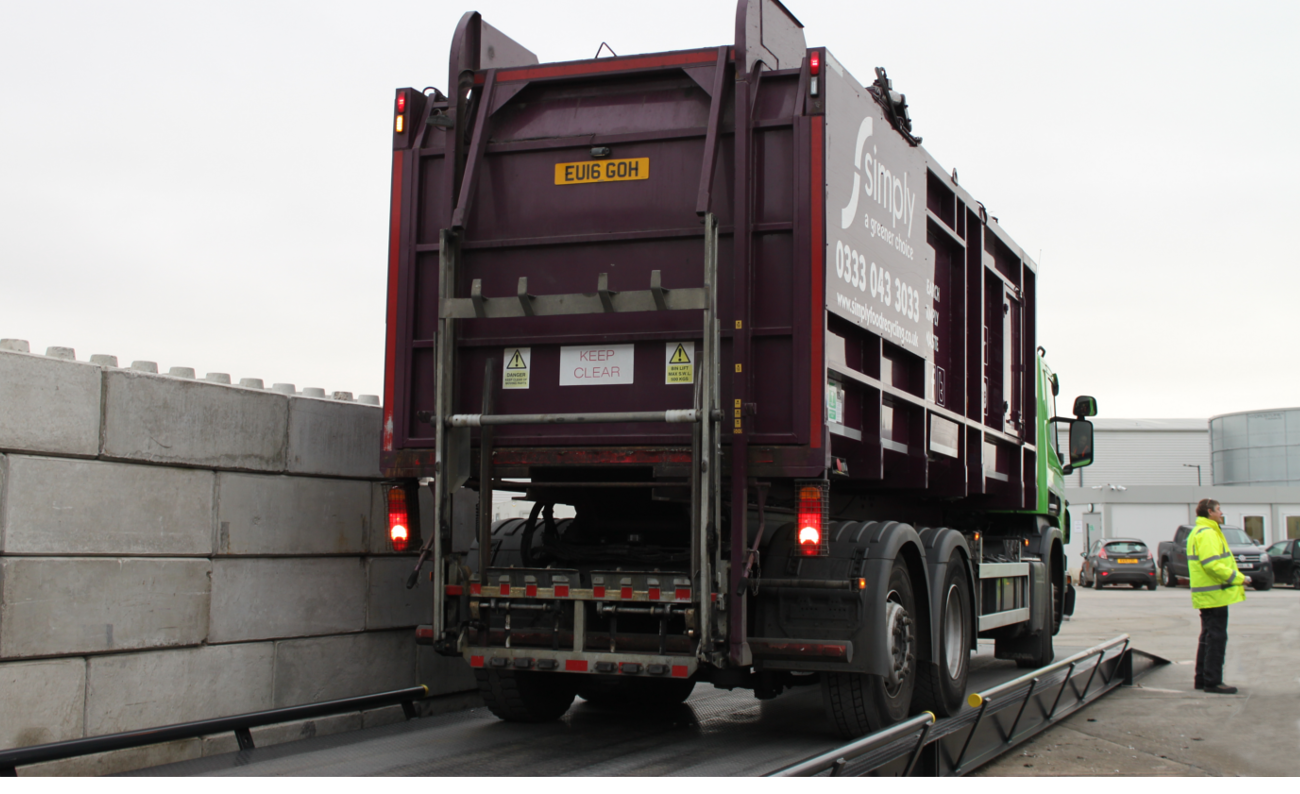 Simply Waste Solutions has expanded the scope of their recycling services by investing in a surface mounted weighbridge from Vehicle Weighing Solutions at their West London Depot. This large weighing scale, allows us to accurately record load weights by weighing our vehicles loaded and unloaded. Each vehicle gets a unique printed ticket with both weights recorded to calculate load weights quickly. END_OF_DOCUMENT_TOKEN_TO_BE_REPLACED 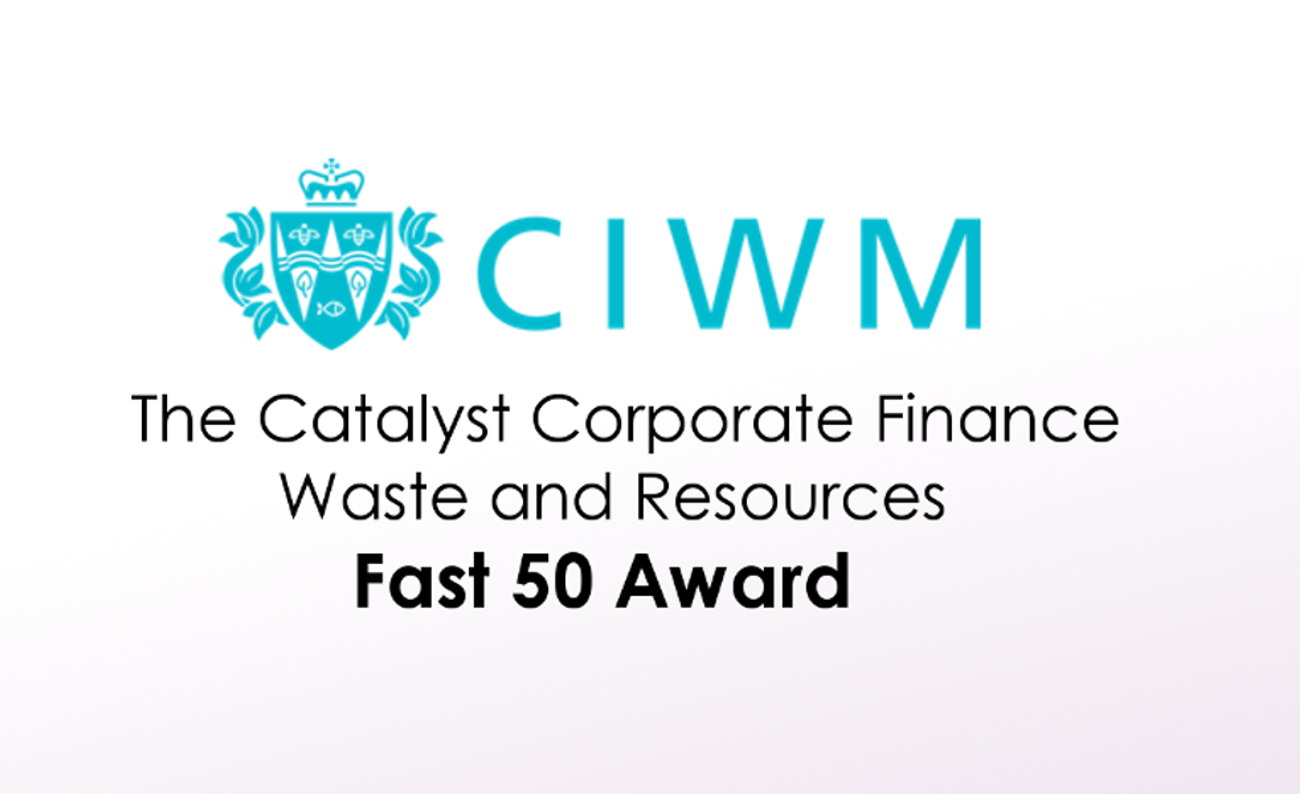 For the fourth year in a row, Simply Waste Solutions has ranked in the CIWM Sustainability and Resource Awards 2017 in the Catalyst Corporate Finance – Fast 50 category. This award is compiled of the top 50 fastest-growing private businesses in the waste and resources sector by revenue growth. END_OF_DOCUMENT_TOKEN_TO_BE_REPLACED

An opportunity arose for Simply Waste Solutions employees to visit Shooting Star House Children’s Hospice, to see first-hand the amazing work that Shooting Star Chase do and why our support and donations are so important. END_OF_DOCUMENT_TOKEN_TO_BE_REPLACED 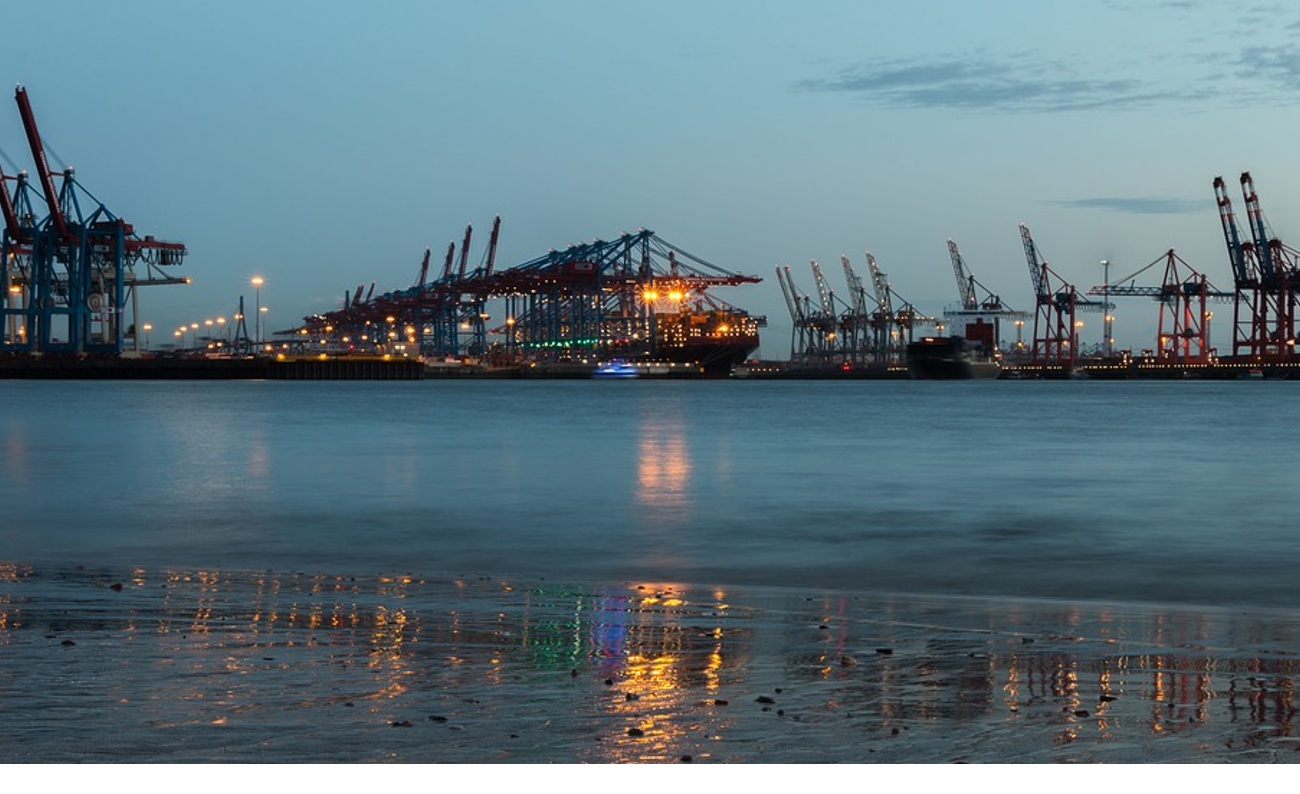 Operation National Sword
China notified the World Trade Organisation (WTO) on 18th July that from the beginning of 2018 it plans to ban imports of 24 different grades of waste materials. This change in policy is named Operation National Sword. Chinese customs officials have been told to focus on the quality of waste paper and plastics being imported. High quality standards must be met, and customs authorities are now weighing all containers to verify weights as well as using x-ray machines to check all the containers entering the country, where these aren’t available the containers will be opened for examination.

China have applied this ban and rigorous checks because waste wasn’t being treated or sorted before going overseas and often large amounts of dirty and/or hazardous wastes have been mixed in with solid waste, seriously polluting their environment.

Before this ban China has been importing millions of tonnes of the world’s waste every year to feed its recycling industry. The Bureau of International Recycling China estimates that last year China imported 7.3 million tonnes of plastic waste valued at £2.8bn, accounting for 56% of the world imports from Europe, Japan and USA and 27 million tonnes of waste paper.

Back in 2013 China enforced a similar campaign to this known as Operation Green Fence. This saw Chinese customs officials take a more stringent approach towards incoming shipments of foreign waste. 800,000 tonnes of waste were rejected in the first six months and 247 companies lost their import license.

We would expect that with the sudden influx of materials starting to back up there is less desire for companies to purchase lower grade materials that have been sorted from mixed recycling as opposed to waste sorted at source, in turn the rebate rates have been significantly affected. Prices of materials have been falling since China announced the toughened restrictions in the summer along with a decrease in volumes, this is due to buying interest and difficulty in shipping because of extreme container rates.

Opportunities for the UK
But one person’s trash is another’s gold and this, with China voluntarily giving up six million tonnes of UK waste a year, opens up an opportunity for companies to reprocess more here in the UK and develop recycling technologies. A lot of the waste we produced is high quality, such as off-cuts from plastic manufacturing and plastic bottles that failed quality tests but can be reprocessed.

There is little in the way of government funding for reprocessing plants, and private firms will be crucial to building these, currently in the UK there isn’t the infrastructure to handle the quantity of recycling we produce. Eight million tonnes of paper is collected in the UK every year but there is only the capacity to recycle less than 40% of that. Building these plants takes time and money and will be a necessity in the future for a true circular economy.

With China only going to accept processed waste to ensure purity and the UK needing to build the necessary infrastructure to be able to handle the quantities needed. Having all this equipment and investment in the UK, would mean that the materials could remain in the UK.