The first week in September saw the 10th-ever Zero Waste Week, an annual awareness campaign for reducing the amount of waste that goes into landfill.

As a company that prides ourselves on our Zero to Landfill status, we were lucky enough to get some time with Zero Waste Week founder and award-winning blogger Rachelle Strauss and hear about this year’s campaign and what’s been achieved.

What is Zero Waste Week?

Zero Waste Week is an annual awareness campaign for reducing landfill, which takes place in the first week of September every year. Accessible to people all over the world, registered users pledge to reduce their waste and in return, they receive daily content and advice from the My Zero Waste community on how to reduce waste, allowing them to learn new skills and save money.

So, how did Zero Waste Week begin?

I was on holiday in Boscastle in 2004 when the area was struck by devastating flash floods.
As I stood there looking at the damage, it was then I thought (rightly or wrongly) that everything I’ve read about climate change is true and it’s happening right in front of my eyes. When I got home, I set up a local Freecycle group to help those affected. The group grew quickly and that inspired me to start blogging about my lifestyle and recycling changes.

In 2008 for a New Year’s resolution, I decided that I was going to start reducing waste. I began to document my experience on my blog and detail what I was doing, what worked and what didn’t work. To my surprise, I was getting a large following and in September of the same year, I did my very first Zero Waste Week and asked my followers to join me. 100 people pledged with me to reduce their waste and at the end of the week, they told me they enjoyed it and were going to keep their new ‘good habits’ – that’s when it became an annual event. 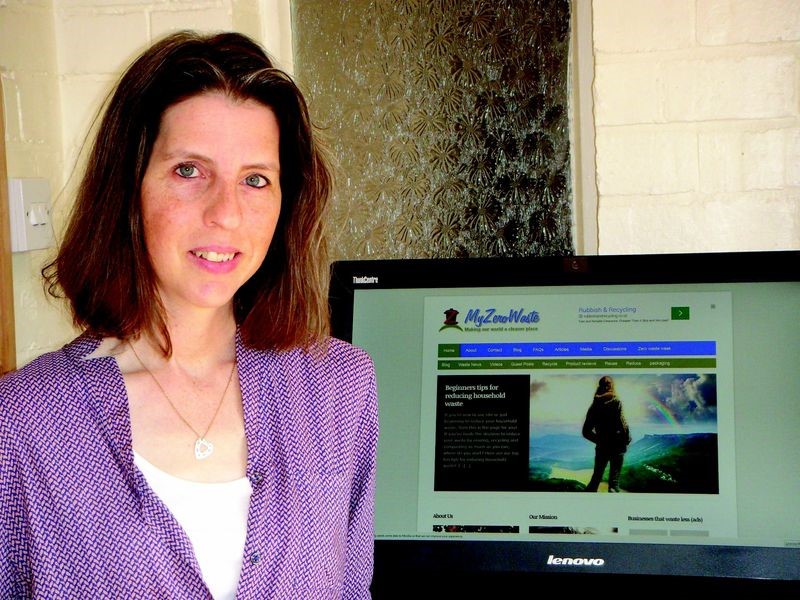 I want people, businesses and local authorities to think about waste and what happens when you throw it away.
Away isn’t some magical place; it could be:

In other words – it’s always somewhere else! I try and inspire people to rethink and use waste as a resource. By recycling, you don’t lose the valuable resource; instead, it can be recycled and turned into something else.

How successful was Zero Waste Week 2017?

I was very pleased with the success this year – there were people from 73 different countries that signed up and got involved. The hashtag #ZeroWasteWeek had 56 million impressions and trended for nine hours – fantastic considering it was the same day that Princess Kate announced her third pregnancy! There were also some powerful influencers that used the hashtag including Greenpeace, Penguin Books and Deborah Meaden – the Dragons Den investor.

There was interest from national media and was covered in the Metro, Daily Mail, Daily Express and Prima magazine. People also held workshops about creating less waste and meals from food that would have ended up as waste.

What are your best tips for creating less waste?

Thinking outside the box! Before you buy something in the supermarket, think about what you’re going to do with the product and packaging, is there an alternative that has less packaging? Are you actually going to use the product? Think of products that you regularly throw away and rethink what else you could use e.g. using a hand towel or dryer instead of paper towels.

Before you throw something away, consider where away is and remember the 3 R’s Reduce, Re-use and Recycle. Ultimately feel good in taking part and doing something good for the environment.