Recently in the news, there has been a number of high profile companies, including the BBC, pledging to ban the usage of single-use plastics at their sites. The Queen has also prohibited plastic bottles and straws from the Royal Estates as part of a plan to cut back on the use of plastic at “all levels”.

The BBC reports that 400 million tonnes of plastic is produced every year and a tenth of this is single-use. Single-use plastic refers to items that will only be used once before being thrown away such as, plastic drink bottles, carrier bags and disposable plastic cutlery.

Over eight million tonnes of plastic ends up in the oceans each year. This huge total comprises of man-made plastics that are not bio-degradable, which means they will not rot away, and not all plastics can be recycled. All of this plastic in the sea is having a huge effect on marine life, as highlighted in BBC’s Blue Planet 2. 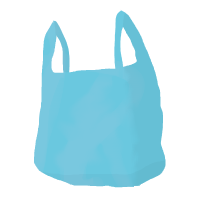 With the introduction of the 5p bag charge, the number of single-use plastic bags sold by large retailers has dropped by 83%. This is a great reduction, but what are consumers using in their place? And are these better for the environment?

According to an Environment Agency report, a cotton bag needs to be used 131 times to ensure a lower global warming potential than the usual supermarket 5p carrier bag. If shoppers reuse around 40% of their plastic bags as bin liners, that multiple rises to 173 times. This is down to many factors including the energy required to process cotton into cotton yarn. This doesn’t take into account any washing of the bag, which would increase the ‘break-even point’.

A lot of shops changed to using paper bags as these have been exempt from the 5p charge, but the same report suggests that a paper bag needs to be re-used a minimum of three times before it’s better in terms of limiting global warming.

So, which bag should you use? Using a cotton bag hundreds of times for several years will be the most environmentally friendly, however, if you’re not going to do that, re-using plastic bags and ending their usage as a bin liner is the next best option. If you can, always avoid taking a new plastic carrier bag.
The full table from the report can be seen below.

The most commonly used utensils seen in supermarkets and takeaways across the country are made from two types of plastic; polypropylene and polystyrene.
Both are relatively difficult and expensive to recycle which can have an adverse effect on the environment. Furthermore, neither plastic is biodegradable. The majority ends up in general waste bins and end up in landfill, leaking chemicals into the soil and groundwater.

These plastics can be burned to break down the compound but when incinerated, plastic releases high amounts of fossil carbon as CO2 into the environment. If plastic is not separated properly before incineration, then this can have a dramatic effect on the greenhouse gases produced.

An alternative is the growing presence of more robust wooden cutlery, in particular the use of bamboo in production. Although it takes more resources to produce wooden cutlery, it has less impact throughout the entire lifecycle. Bamboo, in particular, is beneficial for the environment, producing 35% more oxygen than a traditional tree.

However, is it really that much better? Although in theory, it is more compostable, it comes at a higher price point and if certain woods such as Cyprus or Cedar are used in the production process, this may contaminate the food with oily resins and strong odours. Similarly, the cutlery made from recycled wood might not be safe if proper care is not taken during the manufacturing process.

Aren’t we as a race already destroying enough trees? The best alternative to any disposable cutlery is metal. Whilst it needs washing after use, it should last for many years and can be used hundreds of times. When metal cutlery comes to the end of its life, it can be easily recycled, further lessening the environmental impact. 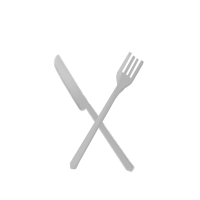 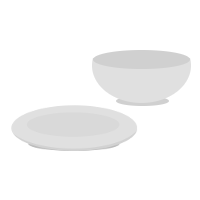 This comparison took into account multiple environmental impacts and was dominated by fossil fuel use which correlates strongly with global warming impact.

Further research shows that the ‘breakeven point’ could be much lower than 50, with another report examining food service ware in cafeterias at the University of Colorado at Boulder as part of a 2013 study. It found that reusable polycarbonate salad bowls had lower global warming potential impacts than single-use compostable bowls after as few as 10 uses.

Using reusable plates and bowls, such as china or ceramic, means that they can be used many hundreds of times before needing to be replaced. These require resources to wash them, but being mindful of water and chemicals the environmental impact will quickly be lower.

Coffee cups have been a hot topic recently with global coverage on the difficulties of recycling these cups. Simply Cups is the only scheme in the UK, that is dedicated to turning paper and plastic cups into second-life materials.

However, if your business isn’t part of one of these schemes and you want to be greener, what can you do? 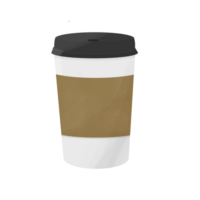 In today’s ‘throw-away’ society attitudes of convenience and speed are becoming increasingly important. Perhaps we should all slow down a little and have a sit down with a coffee in a china mug, have less food on the go and enjoy it on a ‘proper’ plate with ‘proper’ knives and forks.

The key is to avoid taking single-use plastic in the first place and use a more sustainable version that will be reused over and over again.
Maybe the key to less waste is less haste #LessHasteLessWaste