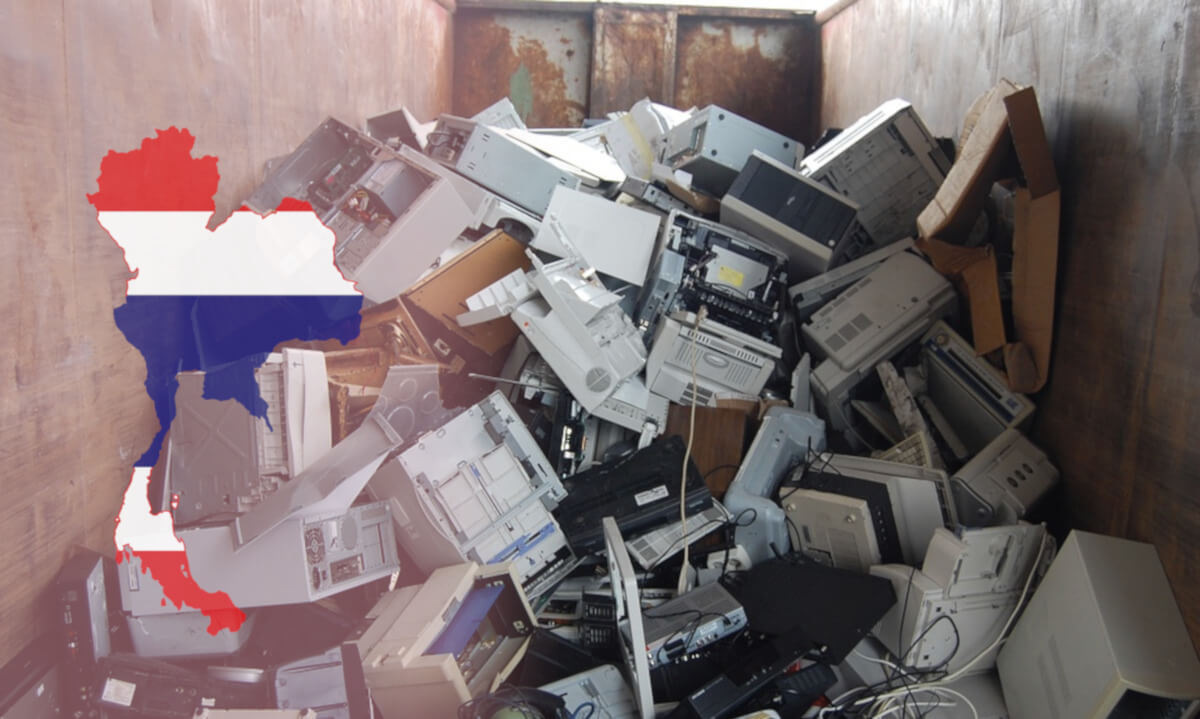 Thailand has announced a ban on plastic and electronic waste after fears of becoming a ‘dumping ground’ for these potentially toxic materials.

Since China first announced in early 2018 that it would stop accepting numerous different waste import materials in an initiative to clean up their environment, the rest of the world has had to find alternative countries that accept the waste that China are no longer willing to accept.

On the 25th of June, the Department of Industrial Works (DIW) issued a temporary prohibition on further imports in Thailand. This ban has forced ports to turn away multiple containers of waste every day. The DIW is aiming for a permanent ban in the future and has announced inspections of over 2,000 recycling factories across the country in a bid to stamp out illegal operations.

Chaiyut Khamkhun, a spokesman of the Customs Department, said about 400 containers are suspected of carrying illegally imported waste. If the owners don’t claim them within 30 days, they will be opened, examined and returned to their original country.

In Thailand, many illegal waste sites have been raided and some have been found to have breached the conditions involving the use of plastic and e-waste for recycling and had their licenses suspended.

The Basel Action Network (BAN) issued a press release on 26th June, warning South and South-East Asian nations that they will become the next countries after Thailand to be hit by a tidal wave of electronic and plastic wastes if they don’t move to ban these waste imports by ratifying an international agreement called the Basel Ban Amendment. This agreement would amend the already existing Basel Convention, which is now agreed by 194 countries, to make it illegal to export hazardous wastes such as e-waste for any reason from developed countries of the OECD and EU blocs to developing countries.

With more countries expected to follow China and Thailand in banning different waste materials, where does that leave the rest of the world and its recycling?